You are here: Home / Best For / Plants That Pop When You Touch Them (10 Exploding Plants!)

Ever heard of exploding plants before? Believe it or not, explosive plants are more common than you think.

These are organisms that use ballistic seed dispersal – in that they will eject their seeds to scatter them across a wide space to propagate. It’s one way to raise a family!

Plants that pop when you touch them are normally reliant on nature to help their propagation – and ballistic dispersal plants are also great fun to watch, too!

However, there’s no need to worry – this isn’t a dangerous or destructive process. In fact, it’s completely natural, and how these explosions occur will differ from plant to plant.

But, how do you know if you have a plant that will pop when you touch it? There’s the practical method – giving them a little squeeze – or, you could just keep reading and I’ll fill you in on the most exciting specimens!

List of Plants That Pop When Touched aka Ballistic Dispersal Plants

This gorgeous plant tends to fare brilliantly outside and as a keen source of food for pollinators. However, you can also bring it indoors – but be careful of the pop! This plant has distinctive, funnel-shaped, lilac flowers which wither away to reveal tubular fruits.

Each fruit is a bed for approximately 20 seeds. Rainwater, or water introduced by other means, is enough to prompt the seeds to be released! The slightest touch (as fruit has ripened and seeds have matured) can invoke their release – so make sure to stand well back!

This plant is also known as the sheep potato, the cracker plant and the fever root, oddly enough!

This bright houseplant pick is just as explosive as its name suggests – and it’s not just a burst of colour that it’ll bring into your home! Native to Sri Lanka and India, this eastern plant tends to start popping out seeds when the rain beats down. Therefore, they are pretty sensitive!

Its leaves resemble those of the English garden mint – and it has pretty, salmon-pink flowers. Its name is befitting because of the sound it makes as seed pods pop!

This is one of few plants that pop which give off an audible sensation – not just a visual display!

Oxalis is often referred to as ‘false shamrock’ because of the shape of its easily recognisable leaves, identical to the form of true shamrock! There are 570 species of this popular group – and some will happily pop open when touched! One of the most abundant is the creeping wood sorrel, or the Latin Oxalis corniculata.

Yellowwood sorrel, however, is perhaps the variety most renowned for its dramatic seed dispersal. These plants reproduce by ‘ballistic’ seed distribution or by spreading rhizomes underground.

However, they are so abundant they are often considered weeds and pulled up! Seed pods burst when touched and seeds are known to travel up to four metres as they are ejected. Be careful the next time you go weeding, then!

Of all the popping plants on this list, the violet is probably one you’ve come across the most! There are over 1,000 species in the group of Violaceae. They are sometimes called pansies, too, and can be either annuals or perennials.

Most of them use an explosive action to disperse seeds when they have dried out – for example, seeds can be propelled up to five metres (16 feet) from the mother plant.

Violets can even start compressing their own seeds out to pop and disperse, so you may not even need to touch them to start the scattering!

Mallow plants are famously easy to look after and propagate, and much of that is down to its explosive, cross-pollinating nature! This plant belongs to the hibiscus family, and they tend to thrive in the heat of summer – generally producing white and purple flowers.

Seeds are propelled several feet from this interesting plant – with the slightest of encouragement! Mallow is a reliable grower, adept at regenerating on its own – sometimes human or other animal activity disturbs the seed pods and so they burst open.

Don’t be too surprised if you come across a few that pop suddenly.

Studies show that Popping cress acts fast! It’s otherwise known as the hairy bittercress, and it tends to grow mainly across Europe and Asia.

It’s generally an annual plant, and when their seed pods mature, it’s always likely give off an explosive pop – hence the name!

Seeds from this plant can disperse up to four feet distance from the mother plant. Thanks to some creative camerawork and in-depth study, it has been discovered that it takes half a millisecond for popping cress to release seeds in several directions – at speeds of up to 22 mph!

Hollyhocks are interesting as, compared to some of the other plants in this list, they may not be as explosive – but it’s still possible to pop a seed or two out with ease!

These plants can be statuesque and reproduce well. They can reach up to over six feet tall and have large simple leaves on streamlined stalks.

The stem of this popular cottage garden plant is thick and strong. It supports buds, flowers and seed pods. These plants have buds from above leaf levels to the top of each stem.

Hollyhocks have simple, beautiful flowers which in turn produce seeds in a round capsule type pod. Often self-set and germinating near a mother plant, hollyhocks need space!

Harvesting seeds from a hollyhock is easy. Pods should be firm and turn papery beige or sage green on the outside – the largest pods will be lower down the stem and smallest at the top. The pods often burst open, and seeds scatter on the ground where some will germinate – nice and easy!

As the plants mature, they can become more robust, and pods can reach the size of large marbles with exponentially larger seeds – meaning bigger explosions, we’d expect!

These are fabulous ornate flowers with strong, orange colours and petals formed in a lantern shape – hence the descriptive name! Its pods develop inside the flowers, which may have cream or dark brown cases in which seeds are housed. Becoming rigid, they eventually dry up and become brittle.

When tapped, they sometimes rattle as seeds become detached and move independently inside.

If touched, they can easily pop and release seeds which usually germinate where they fall.

As seeds are small and lightweight, they can be carried easily in light air currents outside. In strong wind, they can travel considerable distances! Sometimes gardeners are bewildered at how Chinese lanterns spread – they are born travellers, what can I say?

Yes – believe it or not, that sweet-smelling lavender plant in the garden or on the bathroom countertop is disposed to pop seeds out when touched! A firm favourite for gardeners, lavender is often purchased in the form of plants, bouquets, in oil extracts, or as an ingredient in soaps, perfume and creams.

The flowers come in white as well as various shades of blue, pink, maroon and purple. Following the flowers, seeds form along the top of stems – they are small and oblong.

If you rub a few seeds between your fingers, their perfume is released, and your fingers may become moist with an oily substance.

Now, for the popping – this normally occurs when lavender seeds dry out. There can be over 60 individual seeds at the top of each stem to this plant. When shaken, plucked or rubbed, the seeds can each individually pop to release oil and fragrance.

So, if you rub or shake a number of these seeds together, they will cause each other to pop!

After touching seeds, wash your hands – because if the moisture from the seeds enters your eyes, it can make for a pretty nasty stinging sensation!

Touch Me Not (Impatiens capensis)

Is there a more descriptive plant out there? The touch me not, however, is likely to entice anyone who would like to see popping seeds explode into action.

This particular plant covers a wide array of species bases, such as the patience flower, the generic impatiens, snapped and jewelweed. In fact, there are hundreds of different varieties of this plant – and many of them will pop open.

Bursting in gorgeous arrays of oranges, reds and more, impatiens tend to be highly volatile. While their explosions are fairly small when pinched, they still shoot off with some ferocity.

These are invasive species in many cases as a result of their propensity to pop open and propagate at the slightest inclination.

Impatiens are popular in gardens across the UK as well as indoors (you may know some as busy lizzies, for example). However, try and be careful around their seed cases – as they will explode and scatter all over the place if given even the slightest inclination!

Why do some plants pop?

Popping plants are simply propagating – it is the circle of life, as the song says! Explosive seed dispersal is often referred to as ‘ballistichory’, which means that they can pop and fling across several feet.

In fact, some studies have shown plants capable of dispersing as far and wide as 200 feet across! Thankfully, there aren’t too many houseplants that are likely to start popping seeds across the living room – but do take care if you have any of the above plants growing indoors or in the garden!

Plants that pop seeds are simply dispersing their young by way of evolution. Just as a dandelion will rely on the wind to disperse its seeds, popping plants will generally build up friction and grow arid, allowing seeds to grow against each other and pop out. Effectively, these plants are giving birth!

Other plants may rely on animals to disperse seeds for them. Simply getting brushed up by small mammals or birds may be enough for smaller popping plants to disperse.

Crucially, as plants have no way to ‘lay’ seeds themselves, they have to build up pressure enough for a helping hand or two to pop out their propagation.

There’s certainly no harm in you popping plants if you see any in your garden, or if you have houseplants that are developing tightly-packed seed pods. In fact, you are doing your plants a massive favour!

This is just a small selection of plants that are likely to pop when you touch them – ballistic dispersal plants are more common than you may think, and you can even see them in action if you’re lucky enough.

Remember, however, to always be careful when handling plants. Some may cause irritation – particularly in the case of lavender! Therefore, always be sure to handle with care and to wash your hands thoroughly after popping – and you’ll be fine!

A 'budding' horticulturist (see what I did there?) and the founder of Houseplant Corner. I started this site to share my love of plants and knowledge with fellow houseplant fans. You can find me on Instagram or contact me if you have any questions about the blog. 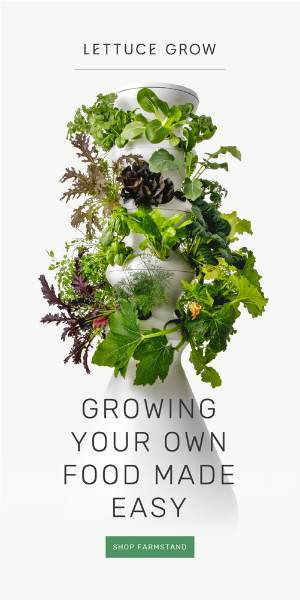 This site is a participant in the Amazon Associates Program and other affiliate advertising programs. This means that I may earn a commission for any purchase you make as a result of clicking on a link on this site. As an Amazon Associate, I earn from qualifying purchases. This is at no extra cost to you and in no way impacts the editorial integrity of the site.